“The Normal Love of the ‘Aca-fan’ (On Slash),” by eyanfire (translated by Lori Morimoto)

Curator’s Note: The proliferation of fan activity online has led to greater points of contact between fans in geographically far-flung places, and with it the intensified exchange of ideas about both media texts and fandom itself. In this piece by Japanese Sherlock (as well as Hollywood silent cinema and Japanese musical/comedy duo, Tunnels) fan, eyanfire, the author gives an overview of acafandom for her own readership, tying it in to a diversity of examples and experiences. Any translation mistakes are my own. 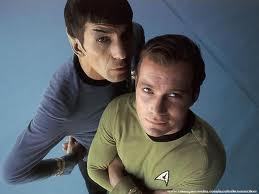 (I’ve tagged this as Sherlock, but what I’m talking about also applies to ‘Wanfu [Fan] Diary’, so I encourage all the Tunnels fans to read it as well.)

Those of you who are regular readers of my Sherlock posts have probably already realized this.

I hold the Sherlock fandom in great love and esteem.

In particular, I have interest in those things called “fanvids.” I’ve introduced a lot of them up to now. I think I’ve written on this somewhere, but I have a playlist dedicated to Sherlock fanvids on YouTube which currently is a collection of 80 ‘works’.

I don’t just appreciate the works themselves, I also enjoy reading the user comments attached to them. It is, in fact, very interesting to read the unbelievably deep insights that fans bring to scenes used in the videos, as well as debates over differing interpretations.

For the same reason, I’ve started to browse Tumblr, which overflows with superlative art and witty commentary. Tumblr makes me burst into laughter, makes me suddenly choke up in sympathy, impresses me with sharp analysis…

And as it was doing so, this thought occurred to me: people have long said that “love is blind.” But I wonder if that’s really the case? Rather, isn’t it the case that love is the road to a true understanding of its object?

Then, just several days ago, as I was trying to put these thoughts into words, I was browsing Tumblr when suddenly I came across a [link to a] blog entry by Dr. Henry Jenkins. Jenkins specializes in media theory, and he appears to be quite well known as a researcher of fandom.

The title of the blog entry was “What’s Behind the Glass?”

Even though it was a relatively old piece from 2008, I thought, “This is it!”

This is a rough summary of what he writes: how do you explain ‘slash’ (= 腐 [rotten, used in the term fujoshi used by Japanese/Chinese female fans of boy’s love narratives to refer to themselves – trans.], or yaoi)? Dr. Jenkins defines it vividly through one scene from the film Star Trek: The Wrath of Khan (1982).

This is a fan-made video… watch the scene beginning at about the 2:47 point.

The dying Spock is isolated (?) in a room behind glass, and Captain Kirk can only speak to him from the other side of it. Even if the two of them want to grasp hands and embrace, they cannot. “I have been, and always shall be, your friend. Live long and prosper.” Straining to say these words, Spock dies. Kirk slumps to the floor in shock…

The expression on Kirk’s face is so despondent it seems as though his heart has turned to glass and will break at any moment. One wall of glass prevents these unparalleled friends/brothers(/lovers) from physical contact.

Dr. Jenkins says that “slash is what happens when you take away the glass.”

Just before Spock’s death, if someone had perhaps taken a hammer or something and smashed the glass…

Captain Kirk would take Spock’s weakened body into his arms, tears running down his cheeks and dropping to Spock’s pale face, and perhaps (no, definitely) he would place kisses on Spock’s lips, trying to breathe life into him. As though trying to pour his very soul into Spock.

If we read a little further down the blog post, we see that Dr. Jenkins understands the glass wall as a representation of socially constructed gender.

One of the most exciting things about slash is that it teaches us to recognize the signs of emotional caring beneath all the masks by which traditional male culture seeks to repress or hide those feelings.

It’s possible to say that this way of thinking is entirely dependent on its American context. Within contemporary American society, expressions of male love are seen as ‘unmanly’, and there’s a strong tendency for them to become objects of ridicule.

My interpretation aside, don’t you think Dr. Jenkins’s definition is fantastic? There exists no clearer example of what he’s talking about.

And what’s even more interesting is Henry Jenkins’s positive discussion of slash. Within a field that tends to characterize fandom through such dark and unconventional things as underground/subculture and otaku, it’s interesting that he makes it a pleasant, ordinary object of study through his gentle words.

How is this possible? In a post on the blog of David Bordwell, Henry Jenkins’s mentor, entitled “What Are Aca/Fans?“(this post wasn’t written by Bordwell, but by the film scholar Kristen Thompson. Thanks to K-san for pointing that out to me on Facebook), it says:

For all the attempts to analyze audiences through questionnaires and interviews and other traditional methods, Henry shows that the best way to understand fans is as an insider.

Henry Jenkins himself has publicly said that he’s a card-carrying fan of Star Trek and Sherlock Holmes. That is, he’s a fanboy.

And what he’s trying to do is turn an academic lens on that fandom in which he has his roots, studying the thing he loves – and fandom itself – from his place within fandom.

In this sense, it’s Henry Jenkins who corroborates what I wrote at the beginning of this piece, that “love is the road to a true understanding of its object”! It would seem that the kind of Cultural Studies he does has been going on for many years… which I guess means that I’m late to the party. 🙂

The kinds of people Henry Jenkins represents are called aca-fans, a contraction of ‘academic fans’. Perhaps we haven’t been introduced to the term in our country because it doesn’t exactly roll off the tongue easily in Japanese.

But now I understand. I’ve been an aca-fan all along. Ah… it feels good to know. 🙂

You don’t need to use difficult words or write long essays. Inasmuch as we’re fans, we become aca-fannish naturally.

In fandom, we often fall into arguments over the interpretation of a specific scene in a specific episode, or enjoy going over what happened in an episode with fellow fans; this is acafandom.

What’s interesting about acafandom is that it’s not a case of love making us blind. Rather, it’s because we’re fans that we can talk about the negative aspects of what we love head-on, analyzing them more deeply. We pick up on the details that outside critics miss.

I’d like to pursue my understanding of acafandom even more going forward.

This fan video is apparently quite famous within the Star Trek slash fandom. It was included in Dr. Jenkins’s blog.

It would seem a lot of slash videos use the Nine Inch Nails song “Closer.” Do a search for “closer slash” on YouTube.

This is the work of chirira-san, who runs the blog Moero! Tunnels!

2 comments on ““The Normal Love of the ‘Aca-fan’ (On Slash),” by eyanfire (translated by Lori Morimoto)”